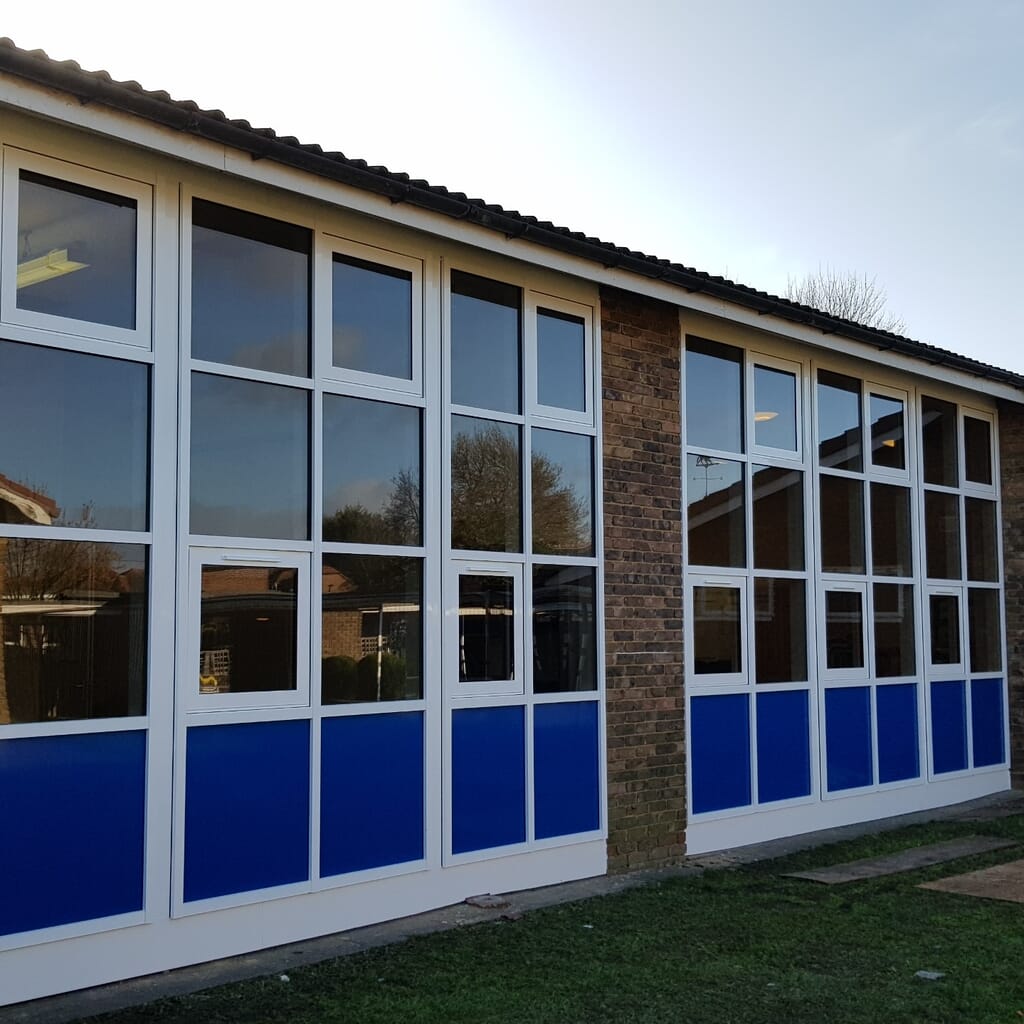 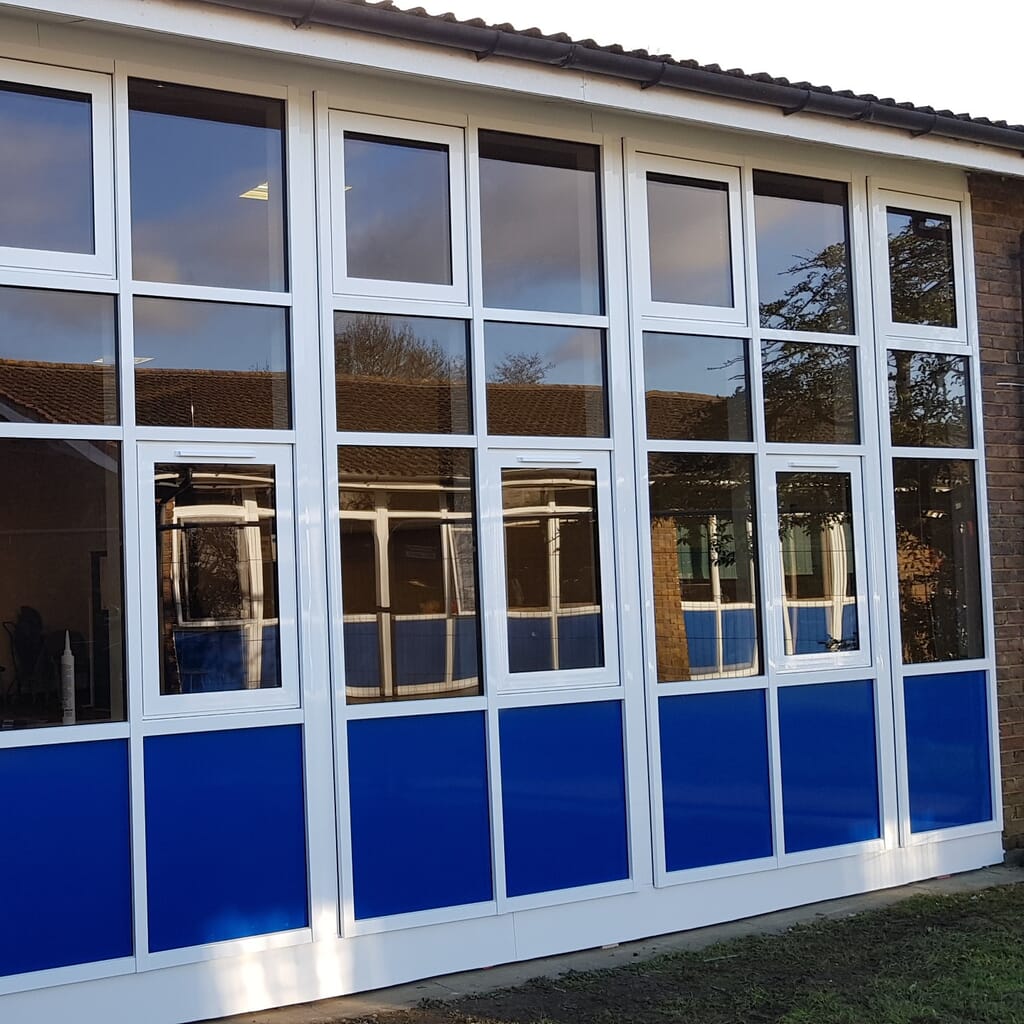 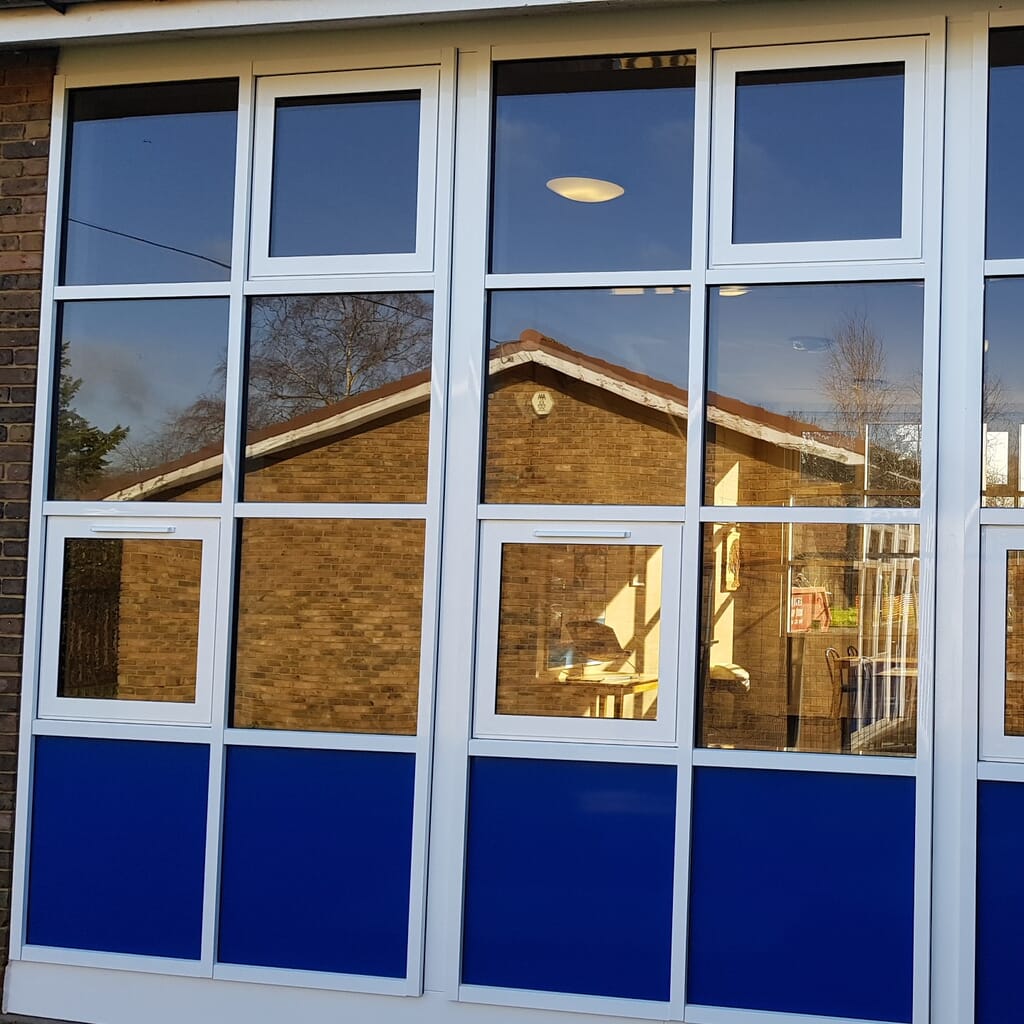 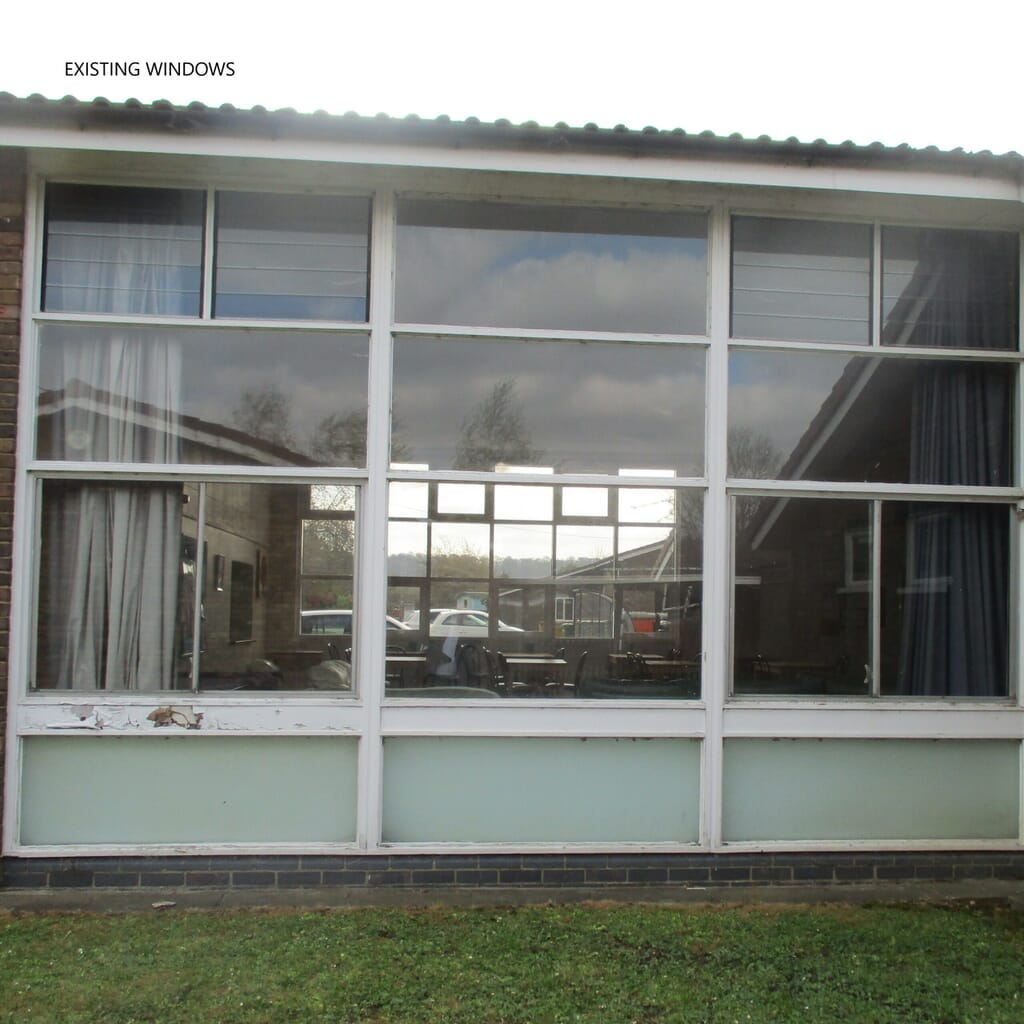 Having been appointed by Buckinghamshire County Council, 3D Aluminium carried out the replacement of several existing timber screens which were in urgent need of replacement. The screens were rotting and included single glazing and hazardous high level glass louvres.

Following the appointment of an independent structural engineer, it was determined the existing timber mullions were structurally supporting the roof. Therefore, in addition to installing new screens, 3D Aluminium carried out the installation of structural steel beams, which were concealed with aluminium pressings to blend into the façade.

The existing screens were replaced with Technal MX52 curtain walling, Dualframe Si casement windows and Stormframe STII commercial doorsets. In addition to being installed with new thermally broken systems, the new screens were enhanced with solar control double glazed units which will provide the school with considerable benefits over the existing screens. 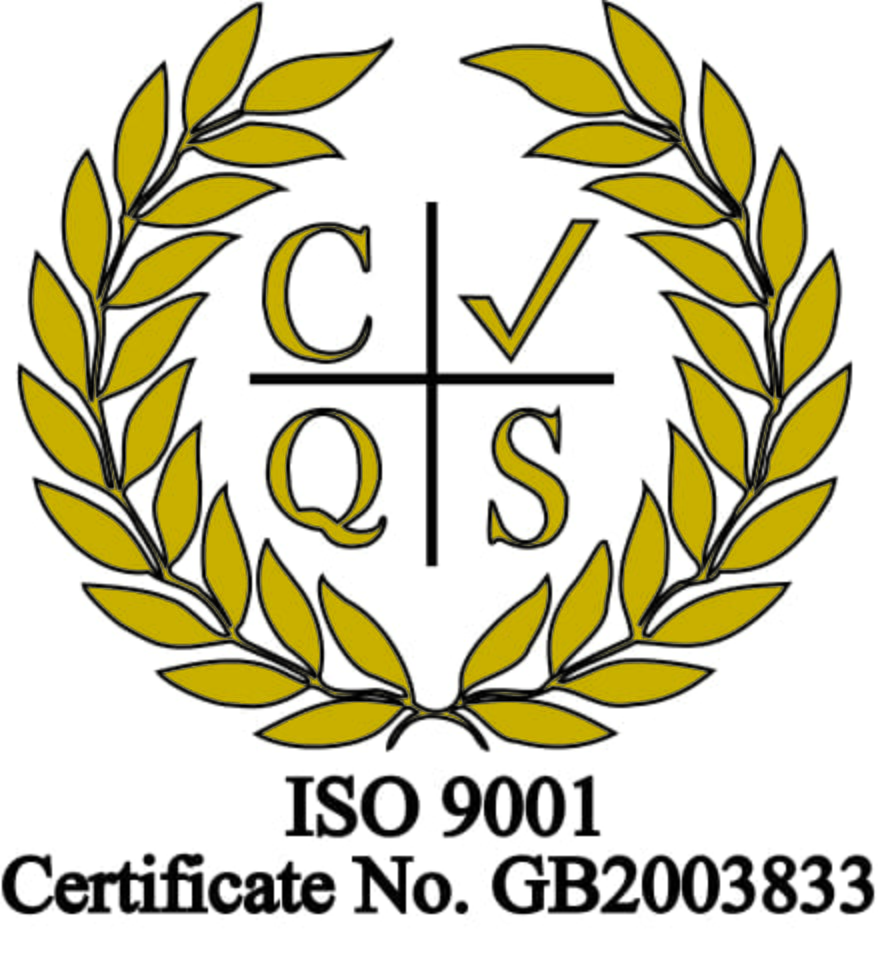 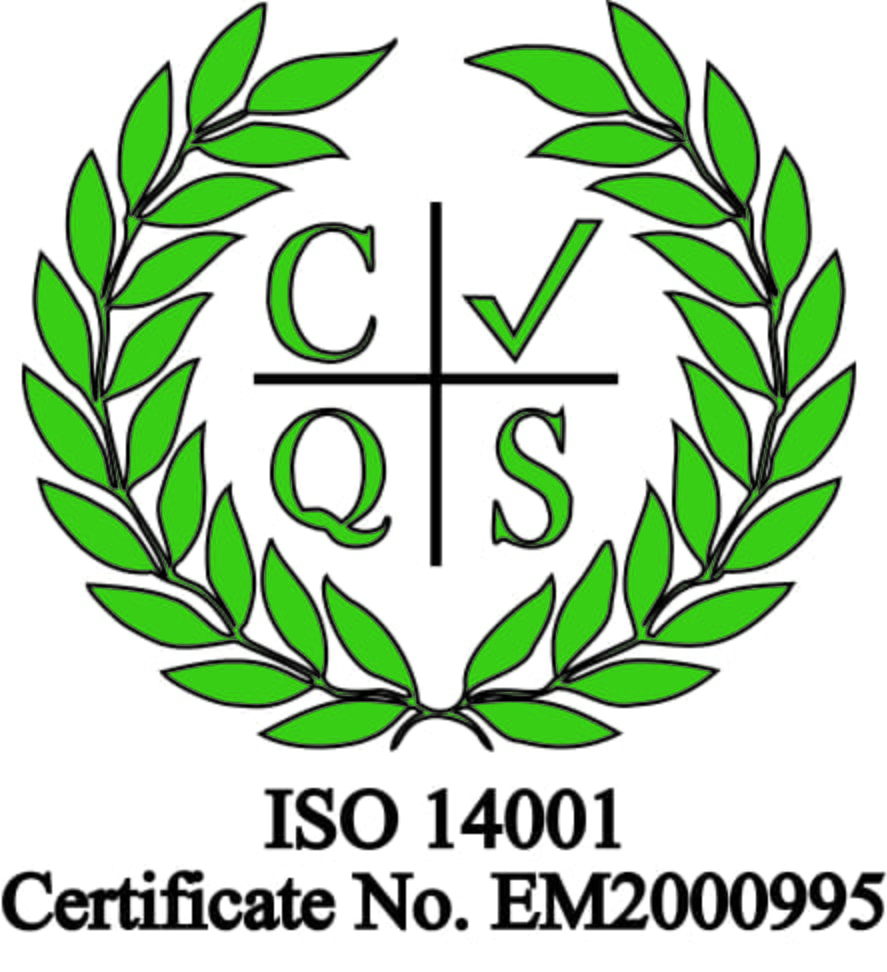 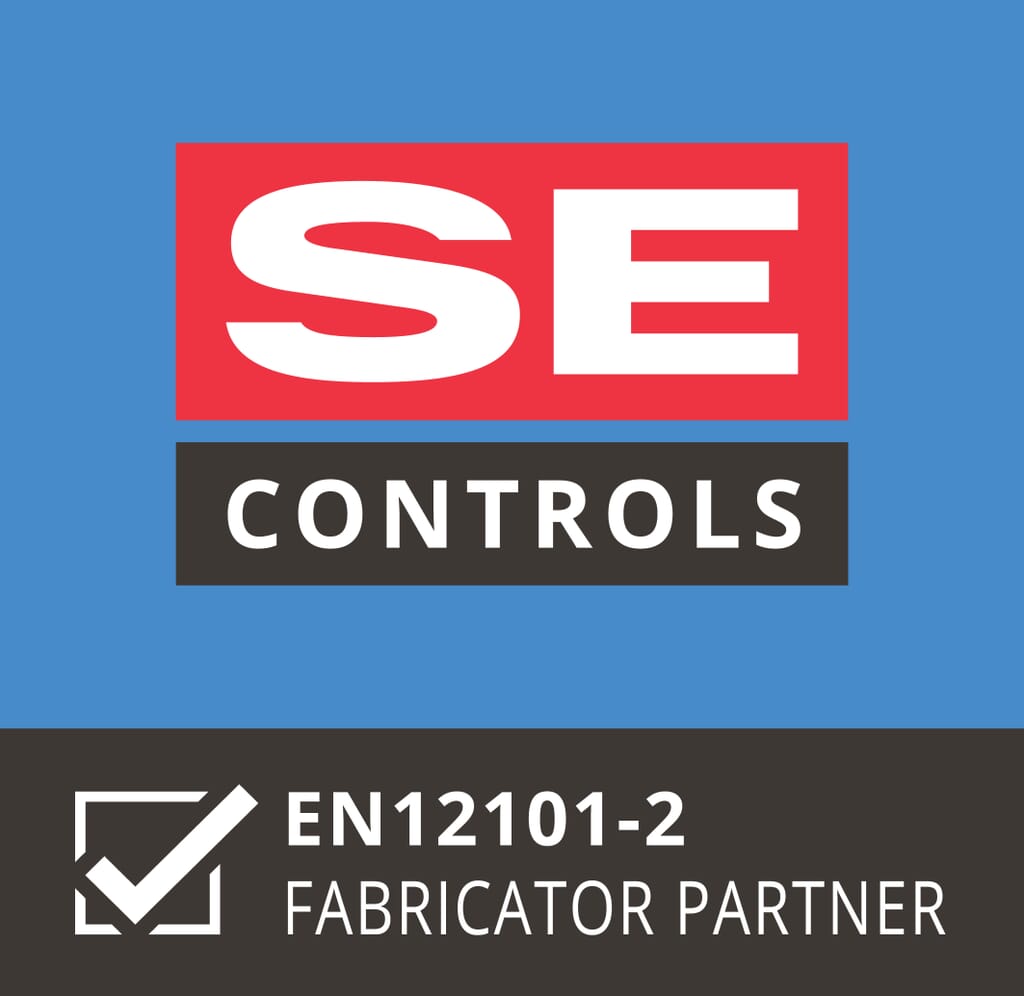 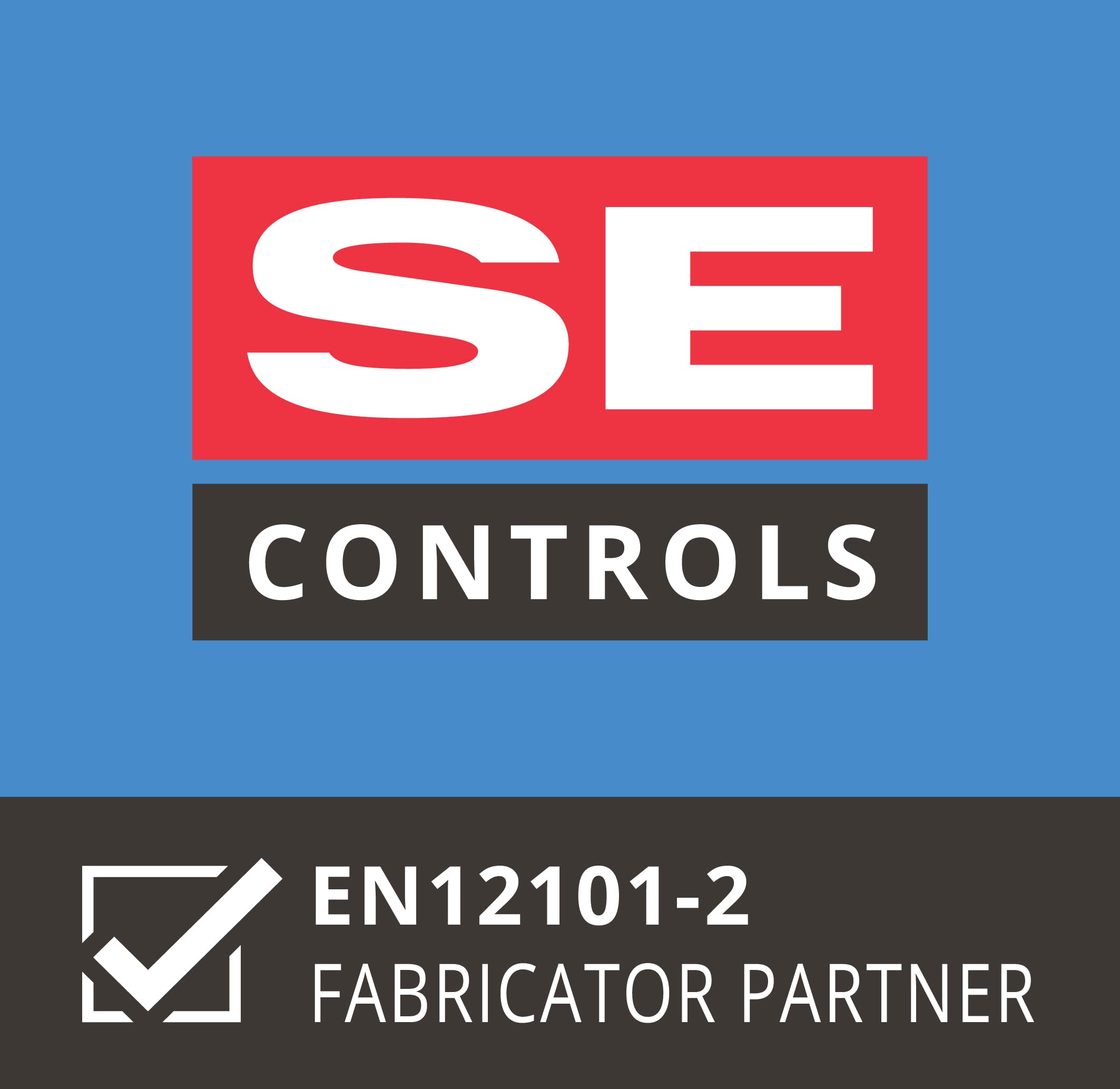 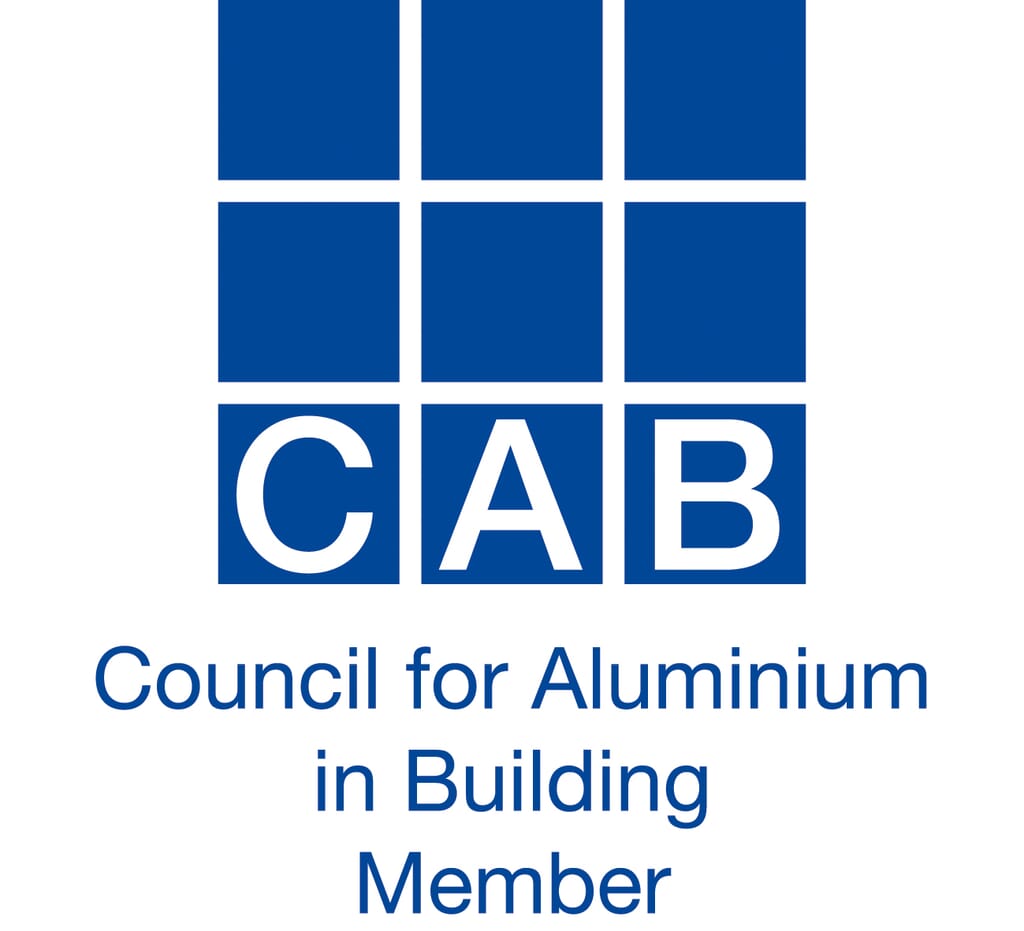 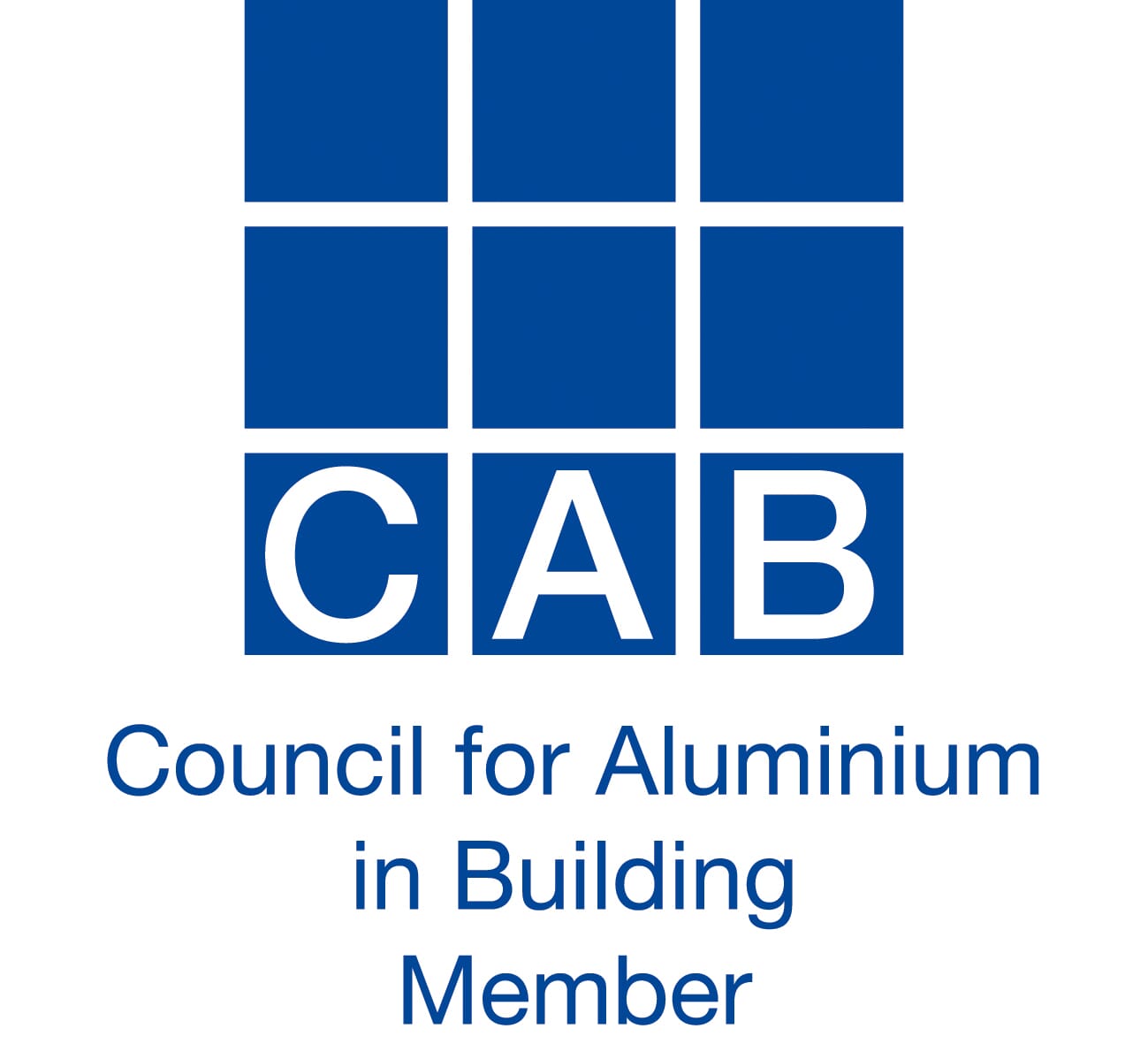